Article first published as 'Please Please Me' Turns 50 on Blogcritics.

Upon first hearing an acetate of 'Love Me Do', John Lennon's aunt Mimi supposedly informed her nephew: "If you think you're going to make your fortune with that, you've got another thing coming". However, upon hearing an acetate of 'Please Please Me' some time later Mimi told Lennon: "That's more like it, that should do well".

"Mimi", replied her nephew, "that is going to be number one". (Coleman, Ray, Lennon: The Definitive Biography, p.129)

If the acetate in question was the official recording from November 26, 1962 (an earlier recording existed) then Lennon's optimism was certainly swelled by EMI producer George Martin's instant prediction upon completing the session that The Beatles had just recorded their first number one. Assuming Lennon and Martin actually made these bold predictions, both men were proven correct. 'Please Please Me' reached number one in the U.K. in March 1963.

The single's success launched The Beatles' career in the U.K. and afforded them a foothold to launch a staggering and unprecedented assault on the U.K. singles and albums chart, both of which they dominated throughout the rest of 1963. That their success would be assured with this particular song - or with a Lennon-McCartney original composition at all - was not a certainty at the close of 1962.

Having released the Lennon-McCartney-penned 'Love Me Do' as the group's debut instead of - and against his natural instinct - the Mitch Murray-composed track 'How Do You Do It', Martin was reasonably impressed with the results. However, following up this debut release with something that might chart higher than number 17 was now the challenge, and the EMI producer was still unsure if the band had the material to do it.

Martin was still of a mind to issue their recording of Murray's song as their follow-up single and so - aware of this - the group convened at EMI studios in November 1962 and taped one of the most urgently energetic and electrifying slices of pop ever committed to tape up to that point, at least on that side of the Atlantic.

Throughout the decades which followed The Beatles' explosive career and their sordid demise, the legend of the single which broke the band has always been rather simple: 1. John Lennon wrote the song as a slow, bluesy homage to Roy Orbison. 2. Martin heard it and advised they speed it up and add some harmonies. 3. They did so and became stars.

This is probably a very simplified version of events. The session records show that Martin was not present when the song first appeared early that September, probably in its slow form. When he next heard it, the song had almost evolved into the structured version we know today; this version was unearthed in 1994 in preparation for The Beatles Anthology.

Regardless of when he heard it first, Martin's advice on restructuring the song was taken on board. The result was impressive.

Lennon recalled the group's excitement with the finished track: "In the following weeks, we went over and over it again and again. We changed the tempo a little bit, we altered the words slightly and we went over the idea of featuring harmonica, just like we did on 'Love Me Do'. By the time the session came round, we were so happy with the result, we couldn't get it recorded fast enough" (Badman, Keith, The Beatles: Off The Record, p.46).

Paul McCartney also gave credit to Martin's vision on production: "George Martin's contribution on 'Please Please Me' was quite a big one, actually. It was the first time that he actually ever showed that he could see beyond what we were offering him" (The Beatles: Off The Record, p.47).

As 'Love Me Do' was probably influenced by 'Bye Bye Love', the harmonies on 'Please Please Me' are also borrowed from Don and Phil Everly. The clever application of harmonica to George Harrison's scaled guitar riff provided continuity with the group's debut release which helped to establish an early signature sound.

The vocals bristled with a believable desperation which broadened the depth of the song, not to mention the theme which is overtly sexual and serves to dispel the myth that the group's early lyrics were shallow and trite. In fact, the animated, rushed climb of the chords from G through A to B (matched by Ringo Starr's energetic fills after the first line) serves to underline a climactic, sexually frustrated desperation. Lennon screams of his attempts to have himself 'pleased' in the manner he feels he deserves.

Similarly, Lennon's four desperate "C'mon" calls are delivered with a gruff sincerity. Each is answered by Harrison and McCartney, playing the role of the chorus in a Greek play and providing the representation of peer pressure. Lennon also managed to throw in a nod to his idol Buddy Holly in the line referring to "rain in my heart", cleverly lifted from Holly's 'Raining in My Heart' (1959).

For all of its energy and urgency however, what really broke ground in contemporary pop music was the song's audacious ending. It concluded with an aptly climactic triplet of repetitive pleading, with the last "you" held and then bent in falsetto. Meanwhile the guitars rise and fall through an unorthodox chord sequence of E-G-C-B-E which is interspersed and emphasized by a fill of four, five-stroke rolls on the snare drum.

Martin switched on the talk-back mic from the control room of studio two and remarked: " You've just made your first Number One". (Lewisohn, Mark, The Complete Beatles Recording Sessions, p.24) He wasn't wrong.

'Love Me Do'/'P.S. I Love You' ensured The Beatles' debut release was comprised exclusively of McCartney compositions. In January 1963, 'Please Please Me'/'Ask Me Why' established their second release as completely John Lennon. Throughout 1963/64 while The Beatles blazed their trail globally, the majority of their single releases were joint Lennon-McCartney ventures.

Released during one of the most vicious winters in British history, 'Please Please Me' preceded a post-war socio-cultural thaw in Britain in a similar fashion to how 'I Want to Hold Your Hand' would impact on U.S. culture almost 12 months later.

On reflection, Lennon was aggressively territorial regarding the credit for 'Please Please Me', including when it came to crediting Martin's influence. No doubt he sensed the importance of the song's role in The Beatles' career. In 1971 Lennon dispatched a terse postcard to Martin declaring: "I wrote 'Please Please Me' ¬alone. It was recorded in the exact sequence in which I wrote it, remember?" (The John Lennon Letters, 2012) Again, in 1980 he told author David Sheff "'Please Please Me' is my song completely" (Sheff, David, All We Are Saying: The Last Major Interview with John Lennon and Yoko Ono, p.168)

Who wouldn't be proud of writing a slice of pop which was instrumental in the transition of rock and roll into rock?
Posted by Johnny Rhythm at 10:13 AM

Add your email address to receive notifications of new posts 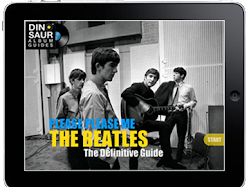 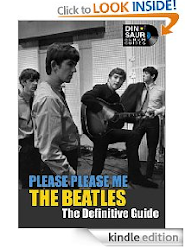 No iPad or Kindle? No problem!

Enjoy the eBook on your PC, Mac, iPhone, Android, Blackberry or Windows Phone 7 with this FREE reader from Amazon (and get some free books too!) 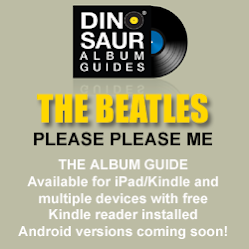